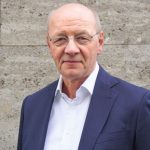 This policy paper examines Estonia’s partners in the European Union with the aim of identifying ways to enhance its influence on policy-making. Effective coalition-building is also important for the EU as a whole, since it can improve the Union’s capacity to take decisions and act.

The paper highlights that:

• Estonia has a relatively strong position in the EU, considering its small size and limited resources.

• It is particularly well-connected with the Nordic-Baltic partners and should seek ways to use this grouping more effectively as a means to reach out to larger member states and shape decisions in the Union.

• The main challenge is to build stronger links with France and Germany, something that has become all the more important due to Brexit. Teaming up with other countries that are better connected to Berlin and Paris, such as Finland, Sweden, the Netherlands and Belgium, is one way to pursue this goal.

• It is too early to draw conclusions about the impact of the latest change of government in Estonia on the country’s influence and image among partners in the EU. However, the research interviews show some indications of a weakened position.

• Estonia should avoid losing its reputation as a results-oriented member state that takes into consideration the priorities of others while pursuing its own interests in a constructive manner.

Download and continue reading: Estonia’s Partners in the EU Coalition Machinery: Maximising Influence in the EU through Coalition-building

This paper was written in the framework of the research project “The Impact and Image of Estonian Foreign Policy in the European Union” (in Estonian), commissioned by the Strategy Unit of the Government Office of Estonia and funded by the Operational Programme for Cohesion Policy Funds, 2014-2020, priority axis 12 “Administrative capacity”, action 12.2 “Development of quality of policy-making”. The initiator and partner of the project was the Estonian Ministry of Foreign Affairs.