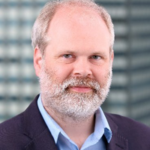 Estonia was an elected member of the UN Security Council in 2020-2021.

This analysis explores Estonia’s Council term through the lens of three crises: (1) the 2020 Iranian sanctions “snapback” debate, which saw the Trump administration almost completely isolated in the Council over its call to restore previous sanctions resolutions against Tehran; (2) the Council’s muted response to the deterioration of security in Eastern Europe through 2020 and 2021, beginning with the post-electoral protests in Belarus; and (3) the UN’s response to the Afghan collapse in the second half of 2021. Estonia played notable but different roles in all three cases. These three crises symbolised broader shifts in geopolitics with troubling implications for the future of UN diplomacy.

During the Iranian sanctions debates, Tallinn had to make hard choices between supporting its US and European allies. Facing the crisis in Belarus, Estonia had the uphill task of persuading non-European members of the Council to care about elections in a country they knew little about. After the fall of Kabul, Estonia and Norway had to facilitate UN diplomacy over a crisis that caught UN members off guard.

The analysis concludes, first, that Estonia showed sound judgement in addressing these three crises and avoided alienating any of the country’s major international partners. Those who worried that a term on the Council would harm Estonia’s interests were proved wrong. Second, in its use of Arria formula meetings and public diplomacy on Belarus and Crimea, Estonia made intelligent use of the limited options available to it to address tensions with Russia through the UN. Lastly, Estonia appears to have enjoyed a reasonable degree of trust among other Council members, who would not have agreed to let Estonia “hold the pen” on Afghanistan if they had doubted its capabilities.

Download and read: Estonia in the Security Council: A History in Three Crises (PDF)