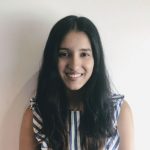 Diplomatic relations between India and the Baltic states have remained below their potential.

However, over the past decade, this began to change, first with the Baltic states looking to further their ties with rising powers in Asia, and now with India looking to diversify its Europe policy by reaching out to smaller states in Central, Eastern and Southern Europe. This policy paper examines the interests that drive Indo-Baltic engagement, how their relations have evolved over the years, and the way ahead. It highlights the convergence of Indian and Baltic strategic interests with regard to preserving the multilateral rules-based order, countering terrorism and developing connectivity between Asia and Europe. Both sides should engage in closer dialogue on strategic issues and deepen their relationship across the political, cultural, and economic levels.