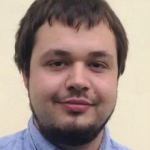 Last week Estonia and Latvia followed Lithuania and quit what used to be known as 16+1, as the Czech Republic and other participating countries become increasingly vocal in their scepticism of the initiative.

The 16+1 format, officially known as Cooperation between China and Central and Eastern European Countries (中国—中东欧 国家合作, Zhongguo-Zhong Dong Ou Guojia Hezuo), was launched in 2012 as a China-centric initiative incorporating 16 Central and Eastern European (CEE) countries. In 2019, Greece—which is heavily indebted to China—joined, and the platform was briefly renamed 17+1. While it is officially described as an economic cooperation platform, its real achievements and the PRC’s approach to it show that trade and investment were never its true focus.

Rather, the PRC used it as a propaganda and influence tool, wasting CEE diplomatic capacity on activities that only benefited Beijing. The lack of benefits and abundance of risks have recently led several CEE countries to reassess their participation in the 16+1 format.

The time has come for the rest of the participating countries to join their Baltic neighbours and ditch this PRC influence vehicle.