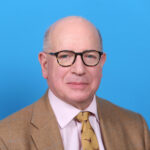 Since the conclusion of the Treaty on Good-Neighbourliness and Friendly Cooperation in 2001, the balance of power between China and Russia has appreciably shifted in favour of the former, but their common definition of the enemy and the complementarity of their core interests remains as strong as it ever was.

If the China-Russia relationship is not an alliance, then what is it, and what are its limits? In the Xi-Putin era, apprehension and ambition have transformed the ‘axis of convenience’ into an axis of necessity. But will ‘strategic partnership’ prove important or irrelevant to potential conflicts in Taiwan, Belarus or Ukraine? How much should be made of divergences of approach in Central Asia and the Arctic, where China’s rise leaves no stone unturned? To what extent will Russia continue to welcome the growth of China’s power — to the point of nuclear parity with the United States and, by extension with Russia itself?

Download and read: How to Think About the China-Russia Partnership (PDF)