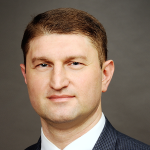 What is the attitude of Russian society towards the war? If it supports the war, why? These questions started swirling immediately after the start of Russia’s invasion of Ukraine. Since then, at least several major opinion polls have been conducted to find answers. However, many experts doubt the validity of those surveys, since the atmosphere of total censorship, repression, and fear strongly affects the sincerity of respondents.

Regardless of the pollsters’ affiliation, the surveys show one trend: the older the respondents, the more they tend to support the war against Ukraine. Hence, an analysis of socio-demographic peculiarities of Russian society could be very helpful in understanding that the opinion polls’ results are not that far from reality. The specificity of the demographic structure of Russian society allows us to distinguish the two largest macro-groups: the post-WWII baby-boomer generation and millennials. Historical context, life experience, ways of consuming information, and economic (in)dependence from the state strongly influence how these macro-groups perceive the Kremlin’s efforts to conquer Ukraine. This paper aims to explain how demographic features of the Russian population generate demand for a certain political agenda and impact people’s attitudes toward the war against Ukraine.

Download and read: A War of the Final Soviet Generation (PDF)