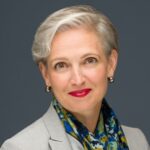 After seven decades of liberal order and three decades of American unipolarity, it may be difficult to imagine that the current rules-based international system, supported by liberal norms and values and organised around a set of multilateral institutions, could eventually give way to something radically different. But in Beijing, political and intellectual elites have engaged in intense discussions about building a new world order.

This latest brief of China Awareness Series casts light on this discussion and outlines the emerging contours of vision and strategy pursued by China in building a new world order.

Download and read: A New World Order, According to Beijing (PDF)

Previously published in this series: