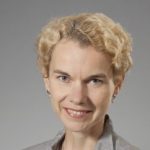 In January 2020, Estonia became a non-permanent member of the United Nations Security Council (UNSC) for a two-year term. The international environment, meanwhile, is becoming increasingly challenging for multilateral cooperation and a rules-based global order. The COVID-19 pandemic has underscored the lack of global leadership, previously provided by the US, and inability of the UNSC to mobilise international cooperation.

In recent years, European cooperation in the UNSC has increased, while transatlantic tensions and great-power rivalry have grown. Estonia has taken an active role in shaping the joint positions of EU states in the UNSC, for example on issues related to the Middle East Peace Process (MEPP), Ukraine and Syria. The case of the MEPP in particular illustrates that it has become more difficult to reconcile good transatlantic relations with a consistent commitment to the EU, multilateralism and international law. It is in Estonia’s interest to work towards as much consensus as possible between Europe and the US and, on issues where this is not feasible, to avoid exacerbating the tensions. At the same time, Estonia has a strong interest in being consistent on international law, even if at times this means disagreeing with its most important security ally.

The dilemma for Estonia and the EU as a whole is how to work to maintain the rules-based order while simultaneously adapting to its erosion and change. The EU should move on from joint statements to more action and the generation of a real ability to enforce international law and resolve conflicts, especially in its own neighbourhood. The need for Europe’s active role in tackling global problems has also been evident during the COVID-19 crisis.

Download: Estonia in the UN Security Council: The Importance and Limits of European Cooperation (PDF)

EN ET EN RU
We use cookies to ensure that we give you the best experience on our website. If you continue to use this site we will assume that you are happy with it.OKPrivacy policy