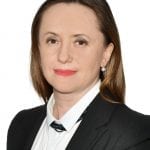 This analysis calls for European governments to pay greater attention to the resilience of their societies, starting with the integration of minorities. It is also important to continue work to increase awareness of Russian influence.

The paper analyses the issue of Russian speakers in the EU based on the example of Finland, Germany and Estonia. Although the Kremlin’s “Russian World” policy sees all the people connected to Russia as a homogeneous group, the minority groups analysed are quite diverse. The media preferences and habits of Russian-speakers are connected to language, naturally, and these communities are one of the targets of Russia’s actions. At the same time, Russia also targets non-Russian audiences. It promotes propaganda that is tailor-made for specific countries, based on existing conditions. The grievances of Russian-speakers are one such tool, but they constitute one of many available—and not the main one.

Comparing the three cases, the main dividing line can be drawn between “imperial” minorities and immigrants, meaning that Russian-speakers’ communities emerged as a result of either the collapse of the Soviet Union or their own migration to European countries. It is a case of either the border going “over their heads” or physical movement from one country to another. This division results in “imperial” communities generally having more grievances. The shared feature of all three societies is the heterogeneity of the Russian-speakers.

The paper states that while structures for greater resilience and the integration of the minorities are in place in the societies analysed, more attention could be paid to exchanging best practices. In strategic communication, it is important to continue with messages that encourage people of Russian descent and Russian-speakers to develop as individuals, and not as members of a specific section of society constituting an obscure “fifth column”. It is also crucial to distinguish between the Russian people, the country and the present regime when devising information policies.