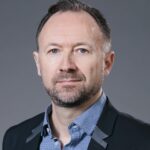 The Arctic is occupying an increasingly important position in connectivity between Asia and the Nordic-Baltic countries. This is not least because climate change opens up new economic opportunities to make use of the region’s vast resources and develop the northern transport routes. Along with possibilities, the need to ensure peaceful, norms-based and environmentally sustainable development in the Artic region poses a complex challenge

Major powers have strategic interests at stake in the region, and great-power competition, especially between Russia and the United States but increasingly also China, is tightening. While geoeconomic competition is gathering speed, and environmental and human-rights concerns are on the rise, (hard) security issues have also returned to the discussions on the Arctic.

Against this background, this book assesses the opportunities and risks involved in the intensifying connectivity and interdependence between the Nordic-Baltic countries and Asia via the Arctic region. It analyzes the interests of the Nordic-Baltic states and other major stakeholders in the region. This edited volume pays particular importance to the use of economic statecraft, i.e. the use of economic resources and connections in power projection and, as the other side of the coin, vulnerabilities created by ‘weaponization’ of interdependencies. After introducing theoretical approaches to Arctic connectivity, the case studies in this book focus on the geopolitical and geoeconomic strategies applied by Russia, China, and the US, and examines risks, responses and threat perceptions in the Nordic-Baltic states.

Is the Arctic destined to become a battleground for geostrategic competition or can connectivity and economic geography also drive forward integration and cooperation to the benefit of major powers and the Nordic-Baltic countries alike?

Download and read: Nordic-Baltic Connectivity with Asia via the Arctic: Assessing Opportunities and Risks (PDF)