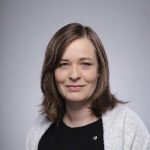 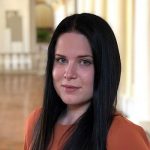 Increasingly, China’s expanding role in the evolution and development of both the global economy and digital technologies must be acknowledged.

A vivid example of this is the active debate over the development of 5G networks over the past few years, in which countries increasingly understand that the impact of new technologies on national security interests must be taken into account when they are implemented. Recent amendments to the Electronic Communications Act in Estonia will create a basis for managing such security risks in our country.

Major conceptual difference is that China treats the internet above all as an information space that, to be protected from “subverting state power, undermining national unity [or] infringing upon national honour and interests”, must be strictly organised and controlled by the government.

This is the second article from ICDS brief series on China. The first paper, “Academic Co-operation with the People’s Republic of China: Dangers and Temptations” by Sinologist Märt Läänemets, discussed why academic cooperation between Estonian universities and those of the PRC poses a risk in terms of national security. As the Chinese government is actively using academic institutions, researchers and students to build its influence worldwide, Estonia is not immune to these efforts and its academia should exercise due caution when developing cooperation with partners in China.

Next papers in the series will address the issues of intellectual property, influence activities, technology transfer, investments into strategic infrastructure, Chinese worldview, etc.